As of today, TMS therapy has helped bring relief to more than 65,000 people across the United States. It is FDA approved as safe and effective for depression, but it is also known to help people suffering from obsessive-compulsive disorder (OCD). It also is used as an effective treatment option for those suffering from other mental and behavioral health considerations, like anxiety and PTSD. If you suffer from OCD in Philadelphia, you should make us your first call. 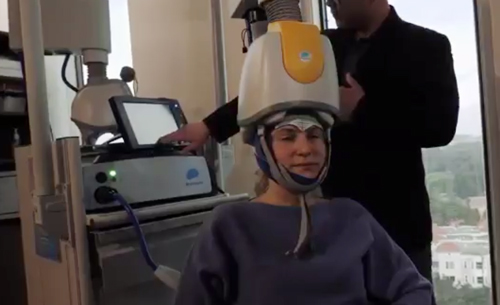 How does TMS therapy work to reduce OCD symptoms?

During the procedure, doctors and technicians will use electromagnetic fields that target specific areas of the brain. It is similar to an MRI machine; however, the frequencies are much lighter. The mild magnetic pulses that are created by an electromagnetic field offers therapeutic effects for neurons inside the brain. The goal is to normalize brain activity levels.

OCD is known to be directly associated with some regions of the brain. With OCD, these parts tend to be overactive. OCD tends to put the brain in a state called hyperconnectivity, which is not suitable for mental health. Hyperconnectivity is defined as the brain's level of activity and communication increase in several regions that ultimately cause intrusive thoughts and compulsive behavior. This state will increase anxiety and make it harder to control.

TMS therapy is designed to calm the overactive areas of the brain, which can drastically reduce OCD symptoms. The treatment has been clinically proven to work. Come to our office for help beating your OCD symptoms.