Do not resign to live a life of struggling with OCD symptoms. Simply put, obsessive compulsive disorder has profound effects on the quality of a person’s life. Although people suffer in their own ways (different symptoms, behaviors, and actions from person to person), their time is wasted, and their relationships are thrown into jeopardy. People also commonly complain that it is difficult to work and get educated. People do not have to live this way: even people who have suffered for years. We offer TMS therapy for OCD, which is a state-of-the-art, non-invasive treatment.

OCD is known to become more severe with time and commonly makes avoidance an increasing problem. What are some of the common causes that make people feel and act this way? 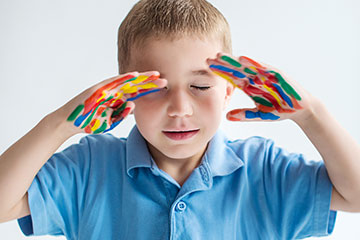 For those with OCD, the nagging obsession won’t go away. Reach out for the best OCD therapy Philadelphia has to offer

The causes of OCD are not fully understood by doctors and researchers. There are several working theories on what causes these feelings and thoughts. The four most commonly referred to answers include:

Several factors can interact with each other to trigger the development of OCD symptoms. Those that suffer from OCD will have symptoms heightened as a result of hormonal changes and stressful life events.

People that suffer from OCD have options for treatment. Typically, people first try medication and psychological therapies, but those don’t always work. If you have tried medication, but it didn’t work, you should consider visiting our office for OCD therapy in Philadelphia.