A Brief History of TMS Therapy

Over the past several decades, advancements in non-invasive brain stimulation in humans has begun to allow neuroscience researchers to use the tools and techniques to help with mental health. Transcranial magnetic stimulation is one of the technologies that has come from these advancements. In a nutshell, the treatment uses repeated magnetic waves that try to change sections of the brain that are associated with depression, mood, and behavior. The result of the therapy alleviates depression symptoms for many individuals that did not get better with medication and therapy. If you suffer from depression and are ready to change that, call our team today for TMS in Philadelphia. Transcranial magnetic stimulation also helps with OCD in Philadelphia. 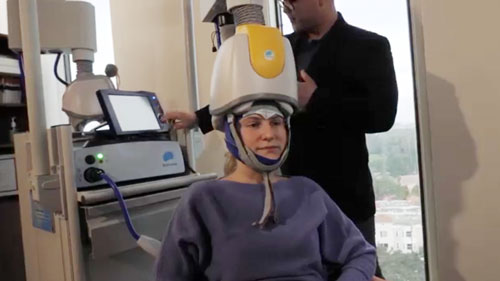 Visit our office for the best OCD therapy Philadelphia has to offer.

TES therapy (transcranial electrical stimulation) goes back to the 1980s when Morton and Merton successfully stimulated the motor cortex through the scalp of a conscious human. At the time, electrical impulses were administered through two electrodes placed over the scalp. The main problem with this treatment was that it was said to be painful and uncomfortable. In 1985, Baker and his colleagues decided to replace electrical pulses with magnetic pulses. To do this, they replaced the electrode with a wire coil. In another five years, Tofts contributed to the development of TMS by introducing a new model of magnetic distribution through the central nervous system. Now, currents flow in a plane that is perpendicular to magnetic fields.

Recent developments in TMS therapy make it safe and effective for people suffering from depression. Transcranial magnetic stimulation is used on individuals that have tried depression medication but either found no relief or had many adverse side effects.